The town of Eldorado is located on the eastern edge of West Texas. A small, rural community established in 1895, it was and remains the county seat of Schleicher County and through the years has had the distinction of being the only community in the county.

This photograph is courtesy of the Schleicher County Museum 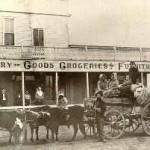 the left is Frank Meador,
Eldorado 1908

Given available water in the county and the fact that by the late 1800s unsettled land was plentiful and inexpensive, Eldorado became a stopping place for settlers. Rolling hills alive with various animals native to the area and the grassy plains that made up the "divide" whetted the appetite of many people with the dream of ranching. Wagons with teams of horses brought families and a few personal belongings to Eldorado and from there, they would venture out and stake claims of ownership to the land.
Once a claim was made and recorded, water wells were drilled, construction of ranch homes on the land began, livestock was purchased, and the lifelong work of ranching began for the family.
The X Bar Ranch began in this manner. C.L. Meador ("Uncle Dink"), his wife Mattie, and four sons left Lampasas, Texas and arrived in Eldorado in the spring of 1903. The family set up "camp" under a large mesquite tree in the central part of town and remained there for several months - enough time for Mr. Meador to purchase several tracts of land just north of Eldorado. Some of these original holdings are still in the family.
Eventually moving his family to his new land, and through his own efforts and those of his sons (C.L. Jr., Frank, Clyde and Cecil), C.L. Meador established successful ranching operations in various locations of the county. As his sons grew, they in turn began to acquire property of their own along with what had been given to them by their parents.
Image may be subject to copyright 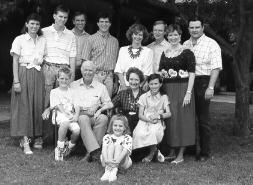 Despite the challenging nature of ranching, most of the X Bar has remained within the Meador family since its inception and continues to be operated by them today.
It was June of 1915 when C.L. Meador and his son, C.L. Meador, Jr. acquired the first tracts of what is known as the X Bar Ranch. Today the ranch consists of approximately 5,400 acres (2,185 hectares) and has been intact and managed as a single block of land for over 75 years. While some of the original structures and the old homesteads have deteriorated and no longer exists, many new improvements on the ranch have been made.

The Headquarters house, built in 1933, is still used as the central location (and headquarters) of the ranch. Nearby are the corrals and barns that serve as a main working area of the ranch. Present-day members of the Meador family live next door.
The Round House, located on the west part of the ranch was constructed in 1967 as a vacation destination and provides its visitors and guests with a stunningly beautiful panorama of the surrounding West Texas environment. 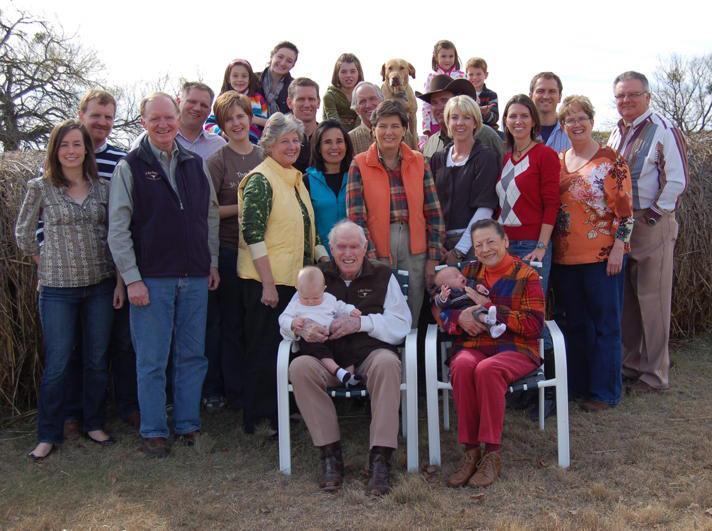 In 1991, additional land was acquired on the west side of the X Bar Ranch. Known as the Granger Pasture, the acquisition compliments the beauty of that portion of the ranch. Granger Pasture is home to the Live Oak Lodge and Cabins which were built in 1996 to accommodate guests and visitors to the ranch in 1996.
The land offers much to people. The benefits of the grass and vegetation still make ranching a rewarding and attractive lifestyle. The wildlife provide people close contact with nature. The remote location gives a sense of solitude and renewal to all who visit. And the land, in all of its beauty, is much the same as it was when the pioneers first came. The influence of the land on this family has been passed down through five generations of the Meador family - a family who has been its truest beneficiaries. 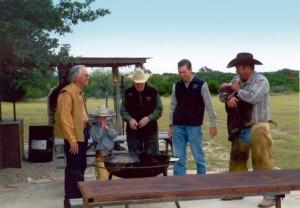